If you live up north, you probably have a chimney to help keep your home warm. Just like all things related to roofing, your chimney needs to be regularly inspected, cleaned, and maintained, too. Freetail Roofing is a Austin, TX chimney and roof repair company that specializes in both roofing and home repair services. Call us at (512) 299-6576 to schedule your roof repair or inspection today.

How to Identify Possible Chimney Damage

‘How do I know if my chimney is on fire?’ This might seem like a dumb question, but yet it happens so often! The reason why it is a common occurrence is because the soot and embers from the fireplace build up in your chimney flue. They get mixed together with the smoke and pushed up and against the inner sides of the chimney, which is called the flue. If the built up soot ends up catching fire in the flue, it rises upwards to the roof, where it then can quickly spread to the rest of the house. A lot of chumney roof fires occur with homes that have a chimney without a cap. While the cap is completely optional, it is an inexpensive add on that helps to reduce house fires as it prevents embers from being able to rise up and escape out of the open top. 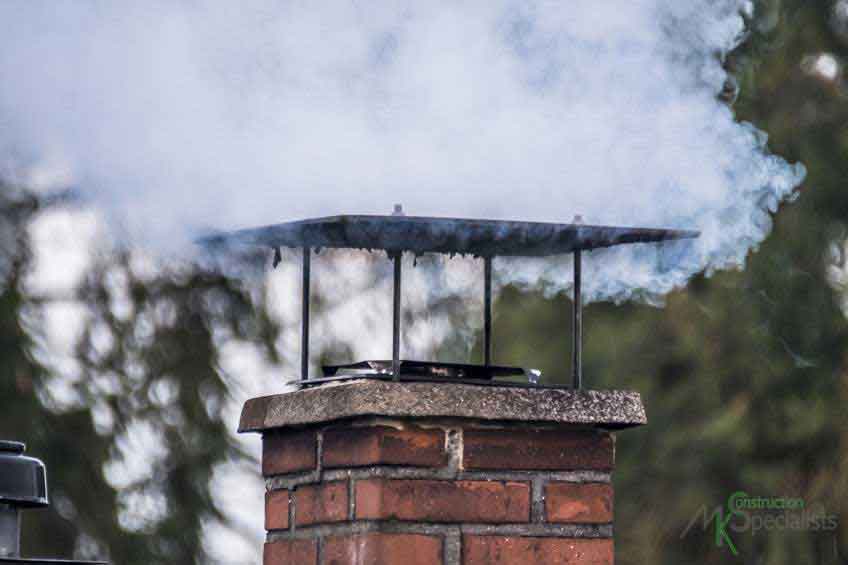 The Two Types of Chimney Fires

There are two types of chimney fires- slow burning and fast burning. You can notice that you have a fast burning chimney fire if you hear the sounds of a bonfire coming from inside the chimney, such as loud cracking and popping noises like those of embers bursting. Lots of thick black smoke will either be coming out of the top of your chimney or entering your home through the fireplace.

Slow burning chimney fires often damage more the sides of your chimney and can cause fire to escape from the side instead of the top. This is dangerous as it can result in the home next door being easily able to catch fire, too since the fire is low and slightly shifted sideways. Or it could easily spread across your property to your fencing and beyond, requiring you to get fence maintenance, as well. Look for heat damage on the top of your roof, such as warped metal fixtures like flashing, vents, or TV antenna. This indicates that the structures have constantly been damaged by intense heat over a prolonged period of time. If you notice that structures on the roof are black, this is the result of creosote, which is smoke and ash have combined with moisture to form an almost sap-like substance that clings to things.

If the brick mortar or metal flashing at the base of your chimney has come loose, then yes, your chimney can leak. What causes chimney leaks? This is because the caulk and flashing sealant around the base starts to wear loose over time, allowing water to seep underneath the uplifted portions and through the roofing. The crown can also cause leaks, especially if it freezes and then thaws, allowing the melting water to drip into the house.

How Much Does it Cost to Replace a Chimney?

Small repairs to chimneys only cost around $200. If a complete replacement is required, prices can range from $1,000 to $10,000 depending if the fireplace has to be replaced as well. Does homeowners insurance cover chimney repair? Small and common repairs like fixes to the masonry and cover replacement are not covered by your homeowners insurance as they are viewed as normal wear and tear.

Your insurance will only maybe cover your chimney repair or replacement if catastrophic events like fire or collapse are involved. Even then, they may deny you as they could say that there was too much soot build up due to neglect of cleaning, or that the collapse could have been avoided from better maintenance. If a sudden Act of God like a tree falling on the roof or high winds blowing a lit ember up your chimney and starting a fire happen, only then will they usually over cover it.

Should You Clean Your Own Chimney?

While you can clean your own chimney to reduce the risk of soot building up, it is a dangerous job. Leave it to professional chimney sweeps who are trained to handle walking on roofs and thoroughly cleaning out the system without breathing in all the noxious fumes. If you are looking for someone to inspect your chimney to make sure that it is safe to use, you can call Freetail Roofing at (512) 299-6576 for the job! We provide both chimney repair and inspection for Austin, TX homes.

How often should I inspect my roof?

Is a metal roof worth it?